I'm going to start doing more of that now that I know my boat will float in 9" of water!

Recently joined the obnoxious airboat crowd after being one of those haters. Can’t believe what I’ve been missing all these years cussing them. Was sitting at a spot fishing in minutes on that low tide last Saturday. Boats grounded at fenholloway entrance when we left and still there when we came back in.
Top

I fished Sunday with my youngest. Put in at the lighthouse around 10:30. Not much water in that channel. Tried long bar, the east flats, drifted close to shore in a couple feet or less, and some of the bars in the mouth of the east river, Topwater, gold spoon, even live shrimp and got nothing. Lost a few shrimp drifting but not sure if fish or just drug off on the bottom. Other than that possibility not even a bite. Still a good day with my son.
Top

kirt wrote:Recently joined the obnoxious airboat crowd after being one of those haters. Can’t believe what I’ve been missing all these years cussing them. Was sitting at a spot fishing in minutes on that low tide last Saturday. Boats grounded at fenholloway entrance when we left and still there when we came back in.

What are the basics of airboating in and around St. Marks? Are you allowed anywhere in the refuge or just certain areas? Do you put a trolling motor on or just poll around when you get to your fishing spot?

Pretty sure air boats are prohibited in refuge boundary waters. Too disruptive to the bird life. Their minimal impact to the bottom is good, but unless muffled, most are ridiculously loud and obnoxious. The majority of operators I've encountered elsewhere aren't the most courteous boaters, either. But boating and flats etiquette with all craft has largely disappeared in recent years, too, unfortunately.
"Sun rise and sun sets. Since the beginning, it hasn't changed yet." Little Feat
Top

That makes sense. I was surprised when I heard several airboats in what sounded like the refuge last weekend. I thought maybe it was a special waterfowl season or something similar.

Perhaps they are on the edge of the refuge?

Some surface drive engines that duck hunters use can be pretty loud. Enforcement is another issue altogether.
"Sun rise and sun sets. Since the beginning, it hasn't changed yet." Little Feat
Top

PhishingNole, I've seen airboats way up many Refuge creeks. Never even considered they might be prohibited, but that does make sense. I'll ask a SMNWR staffer this weekend. The one I shared a creek with last Sunday simply feathered the motor to finesse boat position. While their arrival was deafening, I had to thank them for tipping me about a nice school of upper slot trout on a bend they had just fished. Noisy but courteous; a pleasant surprise.

BTW, if you are considering a bike kayak trailer/car: I've tried many models, and also built a homemade one out of a jogging stroller (it sucked). An effective combo is a Dumb Stick tow bar with a Wilderness Systems Heavy Duty kayak cart. The Dumb Stick simply extends from the seat tube of your bike. I've also used the Seattle Sports Paddleboy cart. It worked fine with bungee cords as straps, but the chrome wheels rusted out quickly, even with diligent rinsing/drying. The bolts on the WS also eventually rusted, but they're a cinch to replace. I'm sure both could handle the weight of your 13.5 Lure...but if I looked up the right yak, that thing is 36 inches wide. Pretty beastly!
Top

Silver king: these were airboats, no question. I never saw them with my own eyes, but they were close to me and I was just outside Big Cove at the time. I grew up near Lake O and spent a good but of time on those airboats.

Walking out of Lake O through gator infested sawgrass was enough to cure me of ever wanting one of my own though.


Gary: thanks for the tip on the dumb stick.

Yes, the Lure is obnoxiously large. I'm a big dude, and this was my first Kayak so I opted for ultimate stability over any semblance of speed. If I dig hard and really get my timing right I can get it moving at glacial speeds.

While it's like paddling a cast iron bathtub, I've never once felt like I was close to tipping over and it handles the ocean waves quite well.

Dragging it up this to the parking lot has me thinking real hard about something like a Crescent Lite-tackle or just getting a gheenoe and calling it good. 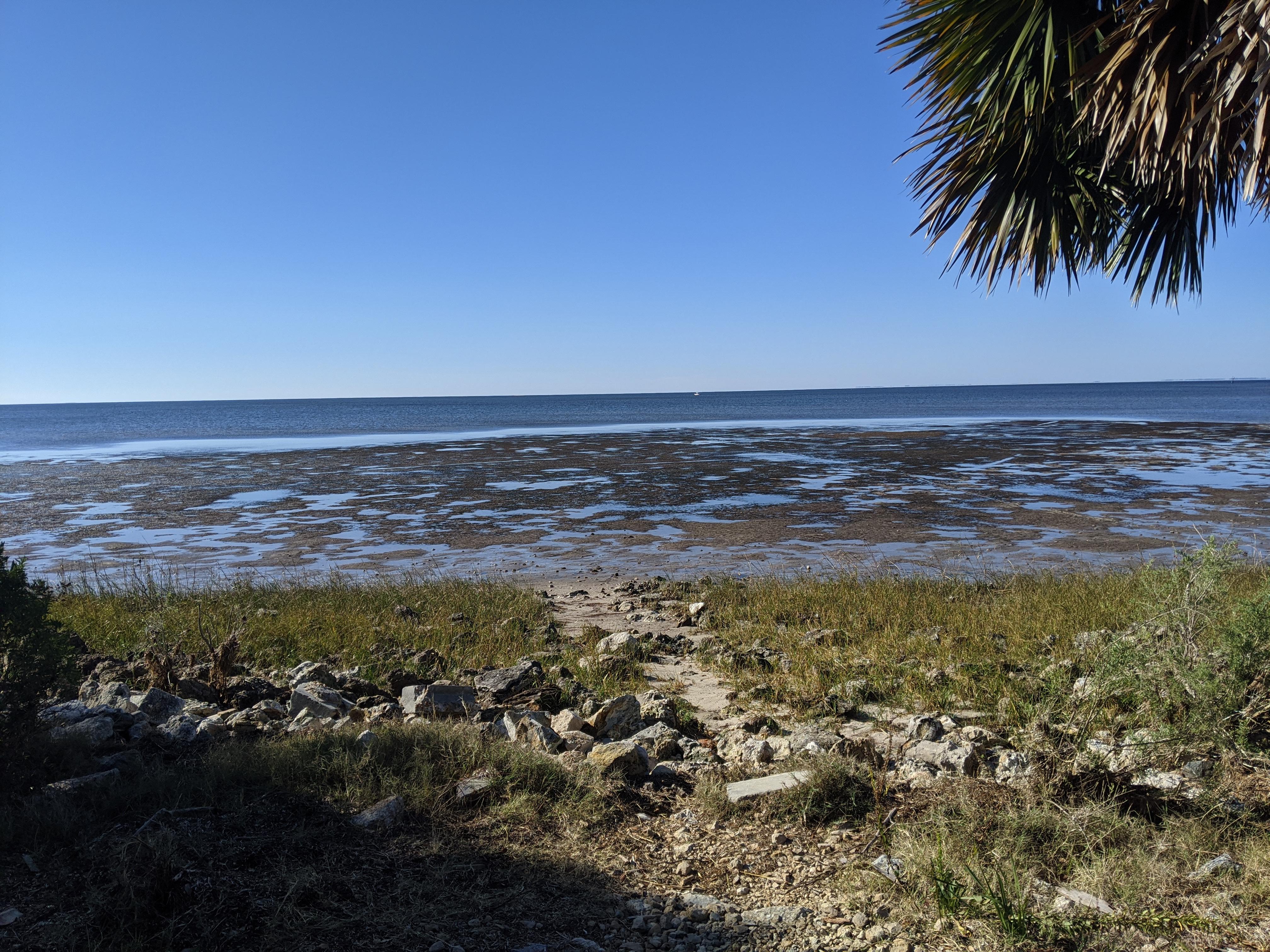 LOL! Feel your pain, PhishingNole. More than once, I thought I had a few inches of draft on one of those negative tides, but forgot to factor in heavy north wind, and ended up dragging the kayak many furlongs. On the bright side, when that happens, you get in a great workout, and so can drink beer guilt-free when you get home...possibly much later than planned.
Top

So can you catch fish from the bank near the Deep Creek Levy? Hickory Mound style at high tide? I sorta know a legal way to come in and walk shorter from the other direction and I’d totally drive to the Lighthouse first to pay for a day pass just in case.
Top

PhishingNole wrote: ↑December 11th, 2020, 3:26 pm Dragging it up this to the parking lot has me thinking real hard about something like a Crescent Lite-tackle or just getting a gheenoe and calling it good.

I was curious about the Crescent Lite-tackle kayak so I used my GoogleFu. That thing still weighs 75 pounds! That's the weight of my Jackson Cuda. Its still a lot to drag or dolly.
Top
Post Reply
27 posts