This is where you can Promote, Talk about or Plan Tournaments.

Redfish have been released in coastal counties throughout the state in anticipation of the 2022 Coastal Conservation Association Florida STAR tournament. Competition begins May 28.

Tagged redfish can win several boat/outboard/trailer packages for adult and junior anglers. Tons of other great prize packages are up for grabs. The younger crowd also has a chance to win college scholarships. New this year is the ALTA Equipment Company special prize of $50,000 if a Super-STAR-Tagged redfish is caught.

Eligible divisions include fly, non-tagged redfish, trout, tarpon, conservation, ladies and guides. You have to be a CCA member and registered beforehand to win prizes. Fishing starts Memorial Day Weekend and continues through Labor Day Weekend on both the Gulf and Florida Atlantic coasts.

TAGGED REDFISH CATCH ALERT!
5/18/2022, Tim Chishol from Owenton, KY was fishing with Capt. Johnathan Millender of Hook ‘Em Up Charters and caught a 2022 West Marine CCA Florida STAR Tournament presented by Yamaha Outboards #TaggedRedfish in Franklin County. Tim was not registered for #STAR2022 and missed his chance to win an Engel Coolers prize pack, but he did release the coveted DukeEnergy Mariculture Center redfish, tag No. 2250, so it could be yours! Register TODAY and avoid Tag-ret tomorrow! Ccaflstar.com
http://www.reelrepairbyjim.com
Top

There you go. Imagine catching a tagged red after May 28 and not being registered. You'd miss out on thousands of dollars of prizes, including a choice of three boat, trailer, outboard packages. Think it can't happen here? RockyG won a 22 Pathfinder five years ago when he caught the first tagged red for that season's STAR. Those fish are out there swimming and waiting for your lure or shrimp. You've got to register to play!

Man, time sure flies. 5 years ago June 1, 2017. It was the first day of Snapper season that year and I was minding my own business fishing the shoreline along HW98 in my old but faithful little red Sea Pro. My Dad had recently paid for a new Power Pole and I was putting it to good use stopping every so often to probe a good spot and whenever I hooked a fish to keep the wind from pushing me into an area that might have more catchable fish.

It was about 10:30 and had already caught 4 or 5 Reds on my trusty chrome Skitterwalk. I hooked a small fish and hit the PP to stop the boat while I fought and released the fish. I always make a few casts before I move on and after 3 or 4 more with no action I was looking at Dog Island and planning my next move. The 19" Red sucked the Skiterwalk under with little fanfare or splash no more than 20 feet from the boat. Noting that it was on the small side I played the fish very casually hoping that it would shake the hook so I could go look for a bigger better Red on DI and not have to dodge treble hooks releasing it.

On about the 3rd pass by the boat, I noticed that something about the fish's profile looked strange like it had something green sticking out of its back. A second hard look confirmed that it did indeed have a small green tag on the left side of it's dorsal fin. Panic immediately set in, followed by a quick promise to the almighty of faithful future church attendance is he would help me get that fish in the boat.

So....having no net onboard and not trusting the Boga Grip not to turn victory into abject defeat I dropped the rod and grabbed that fish with both hands. lol When it was safely on the cockpit floor, covered with a towel and with one hand still firmly gripping the tail, I read the little green tag. It said 2017 CCA STAR Tournament and I knew at that moment that I held the winning ticket. Several excruciatingly long months later I picked up my new Pathfinder 2200 and as they say the rest is history.

I can't imagine what it would have felt like to have not been entered in the tournament when I caught that fish. I would still be kicking myself, and you will be too if you if it happens to you. So be like me, become a CCA member and enter the STAR tournament every year. The next winner could be you.
“It's hard to measure almost.....because almost doesn't matter”
― John Dutton
Top

I remember when you brought the fish in to West Marine. I can't believe that was five years ago.
Backcountry 189 Pro Guide
Suzuki Df140
Semper Fi
Top

Yeah, I felt kind of silly standing in front of West Marine holding a barely legal little red and taking pictures like I just caught a world record. lol

But that's what the STAR officials wanted to do to verify the tag in person.
“It's hard to measure almost.....because almost doesn't matter”
― John Dutton
Top

I just did remember in time to get registered this year

Sent from my Pixel 6 using Tapatalk

Three-fourths of the Earth's surface is water, and one-fourth is land. It is quite clear that the good Lord intended us to spend triple the amount of time fishing as taking care of the lawn. ~Chuck Clark

Chris, the way I read the report of the Ochlockonee Bay catch, the angler IS registered but he did not have the official measuring device on board and had 24 hours to submit a pic with the device. That catch is still pending the dotting of the "i"s and crossing of the "t"s.
http://www.reelrepairbyjim.com
Top 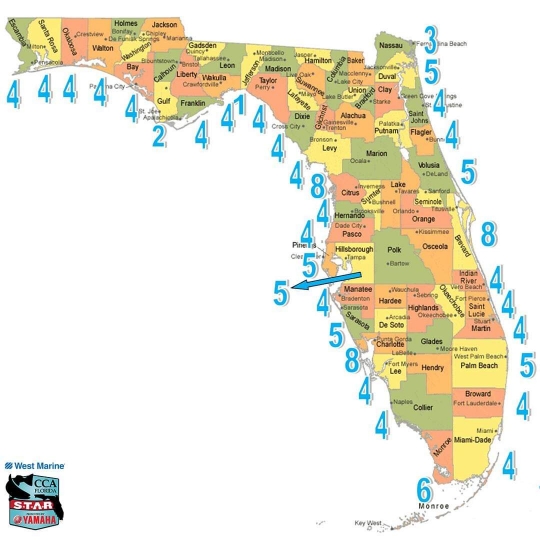 Three-fourths of the Earth's surface is water, and one-fourth is land. It is quite clear that the good Lord intended us to spend triple the amount of time fishing as taking care of the lawn. ~Chuck Clark

It appears to me from looking at the Facebook post that there were some shenanigans going on with that first tagged red caught in Och. Bay. At first, he said he was registered for the tournament but "didn't have the measuring device". You have 24 hours to submit a pic of the fish on the device, so he was still ok. But......then comes a new post stating he was not registered for the tournament at the time of the catch.

When you have a $100,000 boat on the line it can create the temptation to cheat. More than once in the past a tagged red has been caught by an unregistered angler, who calls his wife and says get on the internet and sign me up. Then a few hours later he calls in the catch. Then he can't pass the required polygraph test and goes home with no boat.

I can tell you from experience that polygraph test will sober you up right quick. I knew I had done everything by the book. I had registered a month early, had my current Florida fishing license, and followed all the rules. But when you sit in that dark room with that very serious gentleman, hooked up to all kind of computers and sensors, it makes you a tad nervous. He runs you thru some baseline stuff and then asks a series of qualification questions. The first one is where you registered for the tournament at the time you caught the fish?

After I had passed the test he advised me to stay out of trouble because I had no skill whatsoever at lying. lol
“It's hard to measure almost.....because almost doesn't matter”
― John Dutton
Top
Post Reply
13 posts • Page 1 of 1