After getting some work done I decided to head out and do some walking and fishing around 11 am. Sunny with bluebird clear skies. Air temp was about 67 and rising quickly. Got to Finger 4 and landed a nice 1 pound bass. Unfortunately it was the only bass caught. Caught a nice sunburn also! A bass slapped my crankbait and I got a couple more bites on the worm. My one bass was caught on a Rambler Watermelon Ribbon Tail work hooked to a shaky head jig. 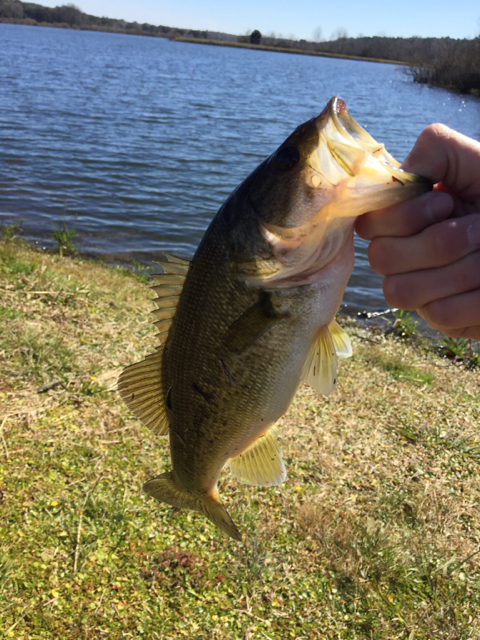 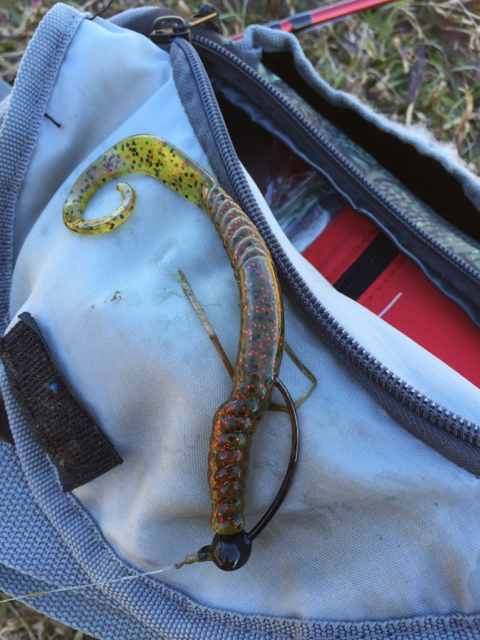 Some hellacious fish in there.. Just gotta catch the conditions right! A coworker showed me a picture of one caught out of there on a buzzbait that went 12lb 1 oz. Can be a real picky place to fish though.
Top

Nice catch, I never seem to catch anything out of thetr when I go.
Top

Can'tCatchAnything wrote:Nice catch, I never seem to catch anything out of thetr when I go.