Got a nice rod/reel combo free to a good home, here’s the catch: your going to have to find it.

Launched the skiff late this morning as the fog was chased out by the sun and south wind. Got out West of the light house and was able to find two keeper flounder and soon found the pack of wolves that ran the block today.. a sharp toothed vicious gang who woke up this morning and chose violence. Them dam Spanish Mack’s. 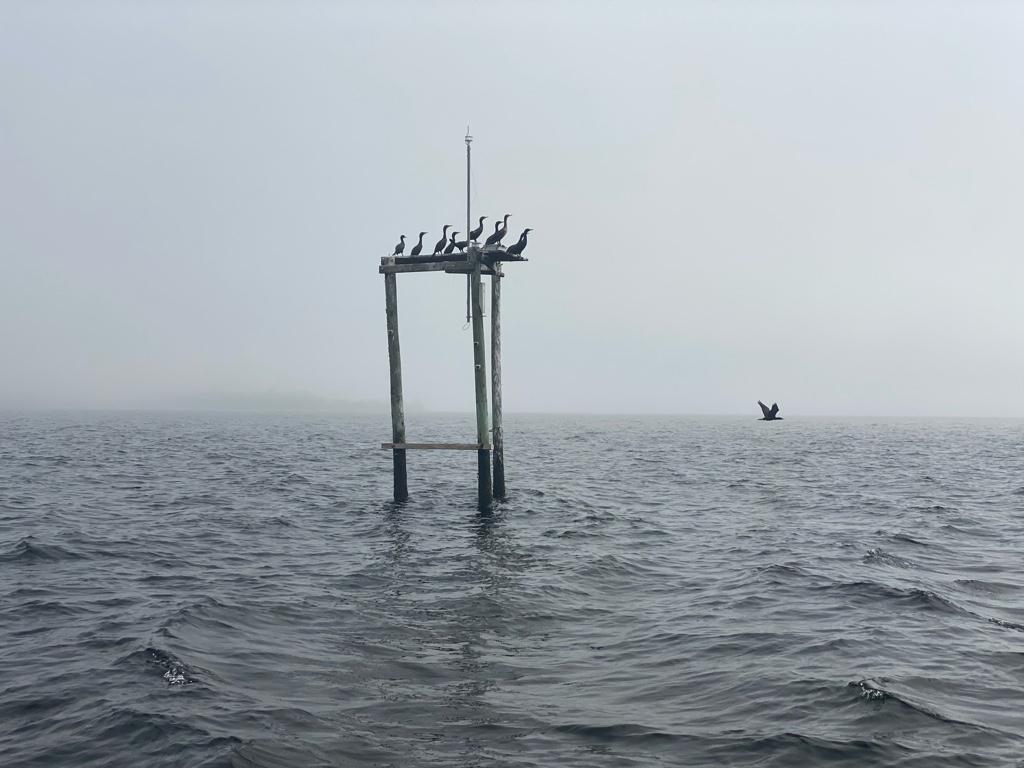 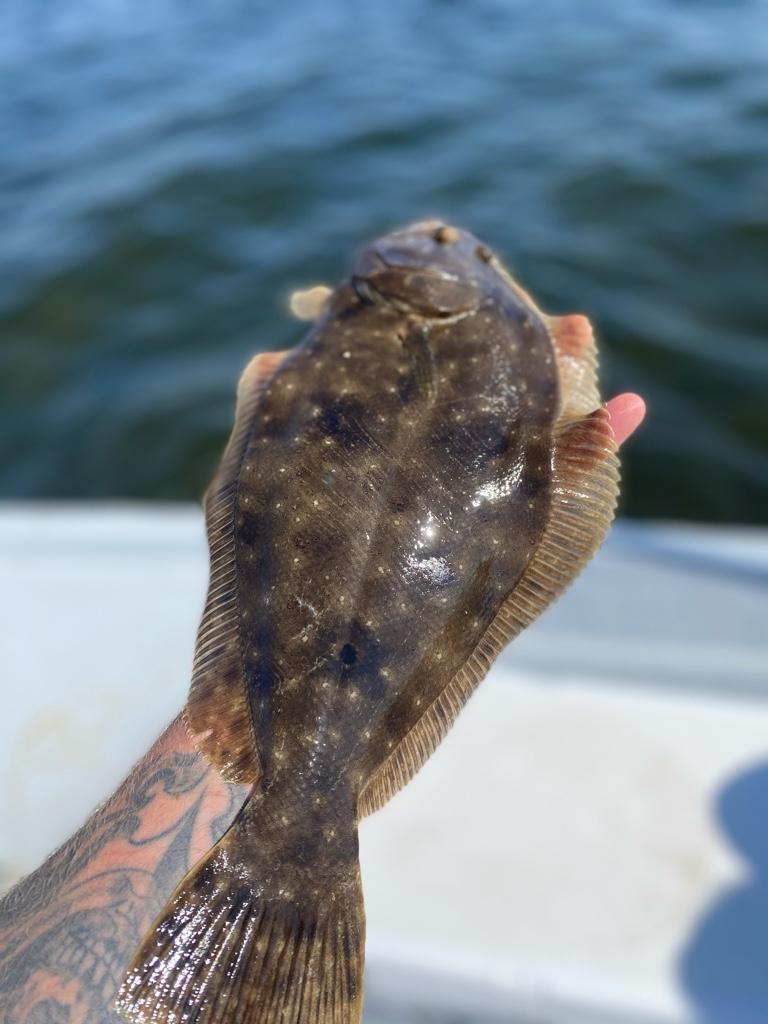 Everything was smooth and running great with me hooking them up and my wife netting and me de-hooking, repeat. I had just finally caught one big enough to warrant a slush nap, and was feeling a bit cocky about my success. When the next fish I hook up the wife nets, I used pliers to pop the fish loose into the water and release the fish. Before I know it my rod is over the side with my fingertips just tipping the but of the rod as I swiped to grab it. Splash, it’s in the water sinking and swimming away faster than I was comfortable with.

Trying to clear pockets to jump in to save the day I’m losing sight of everything and getting blown further away from the scene of the crime. After one fast unsuccessful man over board maneuver. I quickly realize “it is what it is” and grab another rod. “That’s never happened before” was all I could say and just laughed it off. My wife took it harder than I did and she wasn’t fishing. 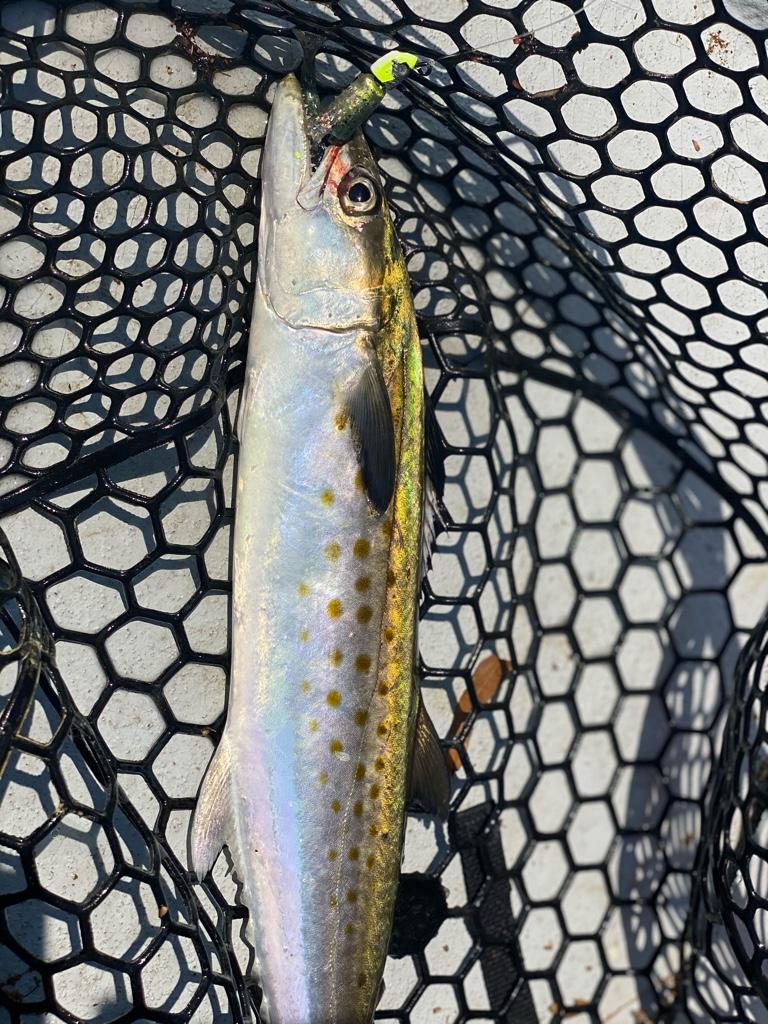 The soft plastic was bit in half and was what hit the water. I assumed it was the jig with the bait together. It being around the twentieth one I was on auto pilot going through the motion and mistakes were made.

So to anyone who fishes in Goose Creek Bay there is prize just waiting to be found. PENN 3000 on a nice 7 1/2 fenwick rod with a Spanish Mack still attached.

As far as the fishing, things are looking good I thought. Grass is showing up in spots plenty of fish to be found. Didn’t see a ton of bait activity today, but doesn’t mean they weren’t there. Ready for another fun warm season on the water. 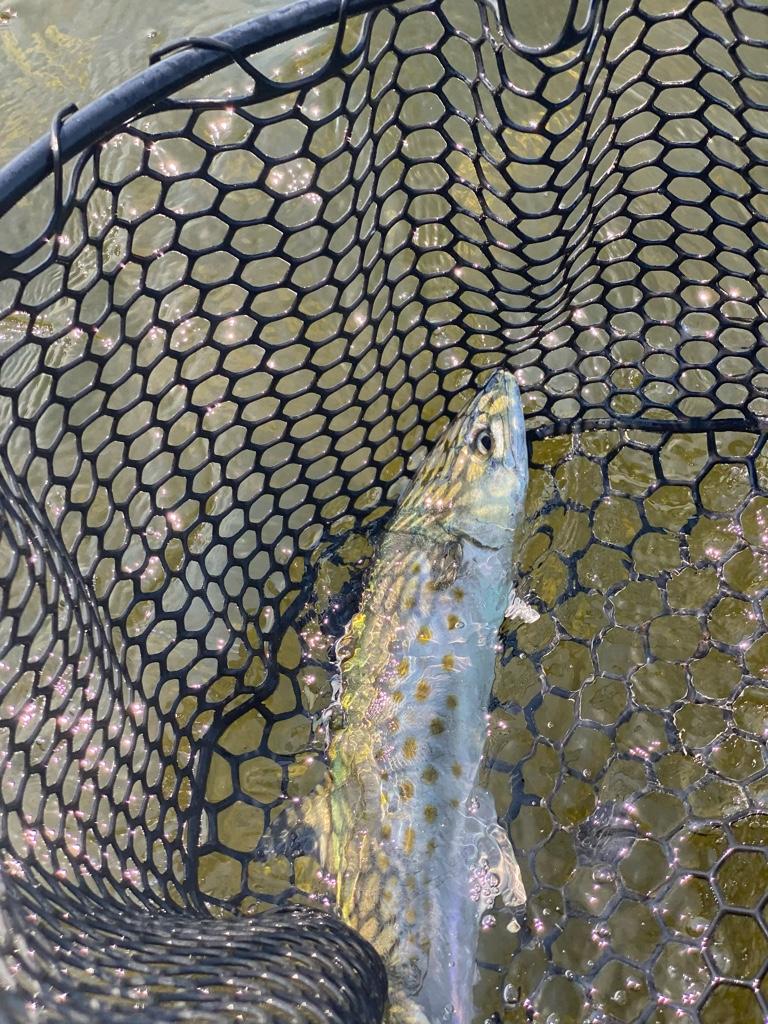 Been there, sorry. Your drift might have prevented success, but one time I retrieved mine with the fish still on by making multiple casts with a heavy treble hook bait to find the line and then the rod. Your short line with the fish at the net probably would have limited this technique though.
Top

Been there, there's a St Croix premier with daiwa zillion coastal on it with a brand new spool in about 6ft of water out of rocky creek

gl3 and a quantum Cabo ( it’s been a while) at the v tower
Catholic girl pray for me, you’re my only hope for heaven
Top

Thankfully just a $50 Ugly stick combo but had only caught two fish. In about 4 ft of water about 3/4 mile off Wakulla beach. Learned the hard way never use your kayak paddle as a rudder when you have a rod in the flush mount rod holder behind the seat.

If this has never happened to you before then you are unfortunate, because that means you haven’t done much fishing in your life. It happens to everybody who fishes enough, and it has happened to me twice. I got 1 back similar to how somebody above explained the got theirs back. The other one I did not and whatever was on it when it bottle rocketed into the water was something I wanted also lol! It was at Mandalay at night and I had never used the brand new rig. It sat and sat and sat along with my other poles in the water and I watched each of them for an hour, not even going as far as to lean back and relax let alone look away. I finally leaned back and...whoosh...
Top
Post Reply
7 posts • Page 1 of 1